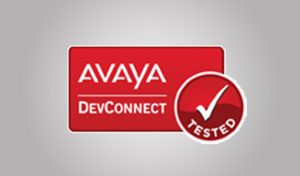 Public Safety Answering Points (PSAPs) are migrating to the National Emergency Number Association (NENA i3) standard defining Next Generation networks in the US and Canada. This industry wide recognized standard, also known simply as “i3”, relies on open VoIP protocols that provide the transport of not only voice, but other modes of communication such as text and multimedia, as well as improved location services provided by intelligent endpoints such as smartphones. Avaya has taken a leadership role in providing IP-based communications platforms for PSAPs, and Synergem’s Evolution911 Elite software builds on that solid base with an integrated, tightly coupled call-taking application for the Avaya Aura Platform helping provide the additional benefits of the i3 standard in a NG9-1-1 PSAP environment.

Synergem’s Evolution911 Elite software is now compliance-tested by Avaya for compatibility with the Avaya Aura Platform 7.0. The Avaya compliant software uses enhancements in the Avaya Aura architecture to provide better conferencing between parties as well as faster delivery of location information during an emergency call. This helps improve service and response to individuals in need. In addition, because the Avaya Aura Platform can serve multiple sites from a centralized or data center location, it is a vital part of Synergem’s i3-Call™ service, providing a fully-hosted call taking solution to speed adoption among PSAPs.

“In environments where we have deployed Evolution911 Elite, such as universities, large enterprises and traditional emergency call centers, users are seeing the benefit of the i3 standards up close. The i3-Call service, when coupled with the Avaya Aura Platform, will help grow this market, providing PSAPs with a fast and cost-effective way to use this technology.”
—Myron Herron, President & CTO, Synergem Technologies

“Avaya is making a significant investment in solutions for the public safety market. We are continually enhancing the Avaya Aura Platform to meet the evolving standards of NG9-1-1, and look forward to working with Synergem to foster leadership in this industry.”
—Eric Rossman, vice president, Developer Relations, Avaya

Synergem Technologies is a Technology Partner in the Avaya DevConnect program—an initiative to develop, market and sell innovative third-party products that interoperate with Avaya technology and extend the value of a company’s investment in its network.

As a Technology Partner, Synergem is eligible to submit products for compliance testing by the Avaya Solution Interoperability and Test Lab. There, a team of Avaya engineers develops a comprehensive test plan for each application to verify whether it is Avaya compatible. Doing so enables businesses to confidently add best-in-class capabilities to their network without having to replace their existing infrastructure—speeding deployment of new applications and reducing both network complexity and implementation costs.

Avaya enables the mission critical, real-time communication applications of the world’s most important operations. As the global leader in delivering superior communications experiences, Avaya provides the most complete portfolio of software and services for contact center and unified communications—offered on premises, in the cloud, or a hybrid. Today’s digital world requires some form of communications enablement, and no other company is better positioned to do this than Avaya. For more information on Avaya and being Avaya compliant, please visit www.avaya.com.

Synergem Technologies is the leading provider of NENA i3-based solutions for public-safety. The SynergemNET™ suite of hosted services provides a flexible and cost-effective way for telecom carriers, state and local governments and even individual PSAPs to migrate quickly from the legacy environment to a true NG9-1-1 platform. To learn more about why SynergemNET™ is the Fastest Way to True-i3™, please visit www.synergemtech.com.